For years, I never knew that fly reels needed backing. I grew up on my dad’s old St. Croix rods and Martin click-and-pawl reels. Not once did I stop to think how much fly line backing should I use? Shoot, I don’t think I ever changed the fly line on those reels, either (sorry about that, Dad!).

The good thing is that I learned at some point in my teens that fly reels need backing, lines need cleaning and replacing, and gear generally needs looking-after. Part of taking care of your gear involves general knowledge of how and why things work.

So, today we’ll go into a general overview of why you need backing, how it functions on a fly reel, and how much fly line backing to use on your setup.

Why Do I Need Backing? 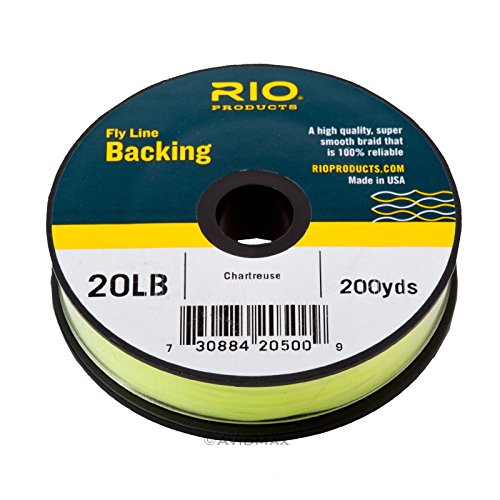 Fly line backing exists for a few reasons. First off, it serves to increase spool diameter, which in turn increases how much line you’re able to retrieve with a single revolution of your reel. Back when most fly reels were narrow, small-arbor affairs with click-and-pawl drag systems, adding backing made reeling in tons of slack a lot quicker than just tying fly line to the spool itself.

Plus, most fly lines are only 90-100 feet long. For the vast majority of trout fishing applications, this isn’t a problem. But, if you’re on a lake, big river, or you happen to hook into the trout of a lifetime, you ‘ll want the extra line that backing provides.

Just as an aside – I spend around 130 days a year on the water, and in the past decade, I’ve had a trout legitimately run me to my backing twice. Once was in Wyoming, and the other time was on Utah’s section of the Green River. My biggest fish of the past decade, though – a 27-inch rainbow in Colorado – never took more than 60 or so feet.

How Much Fly Line Backing Should I Use?

Now we get to the heart of this piece – how much backing to actually put on a reel.

The rule of thumb seems to be 100 yards of backing, on average. This adds plenty of extra size to the arbor, increasing your line retrieval rate. It’s also not so much that your reel gets “over-spooled” and fly line can’t fit comfortably on the spool.

Before you start wondering if 100 yards is really enough, bear in mind that’s an entire football field’s length of extra line on your reel. If you’re consistently into trout that take you deep enough into your backing that you need more than 100 yards of the stuff, call me. I want to go fishing with you.

On average, though, 100 yards is perfect. I highly recommend going into a local fly shop and having them spool the backing on for you, as they can get it on tighter than most of us can at home. And, most fly shop employees are good about gauging the amount of backing for a particular reel.

For example, I have less backing on my narrow-spool, normal-arbor Abel TR than I do on my Orvis Mirage III. That’s not just due to how much I could fit on there, but also how balanced the reel feels with backing and a full fly line on it.

What Kind of Backing Should I Use?

In all honesty, the brand of backing you buy doesn’t make much difference. The standard for trout reels is 20lb, and everyone from Cortland to RIO makes spools of the stuff. It’s readily available online, so you don’t have to deal with going to the store to pick some up.